Your body is covered externally by skin. Your internal organs are covered by mucous membranes. The surface of the skin and the mucosa consists of the epithelium.

On the skin and the mucosa, there are two types of epithelium, the squamous and the glandular epithelium.

The squamous epithelium consists of squamous cells, which form layers (like stones in a stone wall). Their role is mainly protective.

The glandular epithelium is located in the skin’s glands (that secrete sweat or smegma) and the mucous glands (responsible for the production of mucus).

As we can see in the Figure, the uterine cervix is covered in its lower part by two types of epithelium. The part of the cervix that projects into the vagina is covered on its circumference by squamous epithelium, while the endocervical canal and the area around the outer cervical opening are covered by glandular epithelium. The glandular epithelium produces mucus (in larger quantities during ovulation), which the sperm swims in when moving upwards to find the egg. 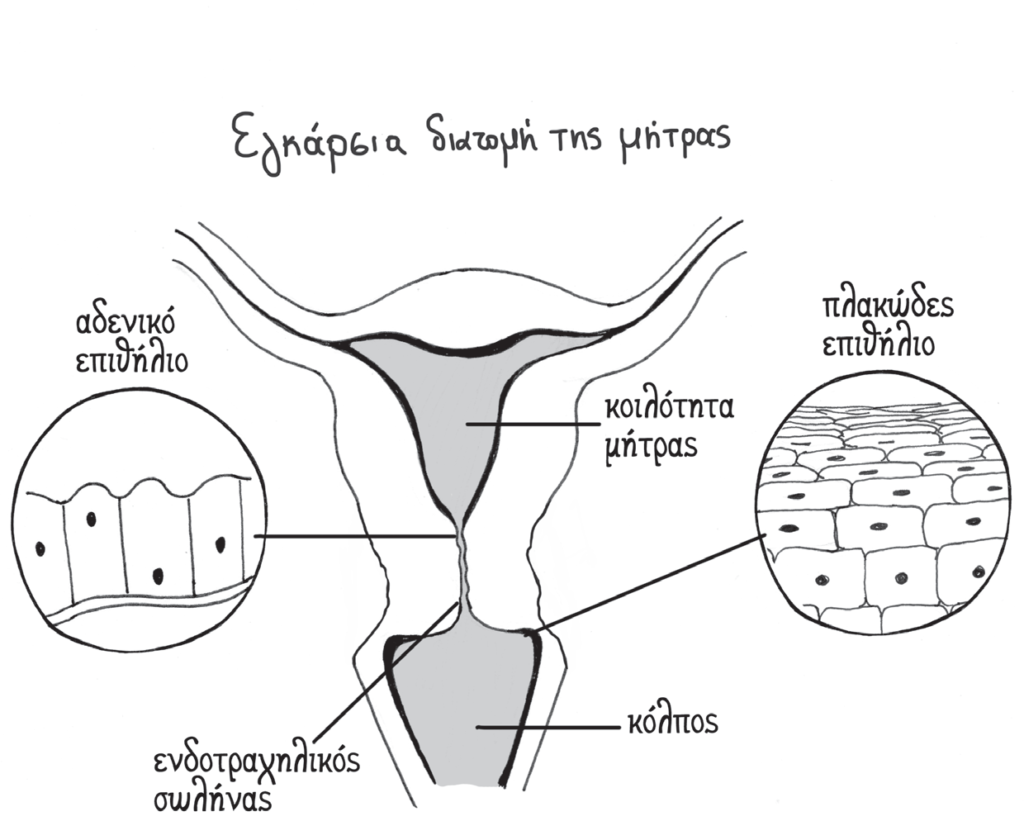 The metaplastic epithelium is important because it is the breeding ground for HPV to multiply. The metaplasia process makes it easy for the virus to cause a malignant tumor (this applies only to high-risk HPV). The zone where metaplasia develops is called the transformation zone.